Truro City has formally applied to go into administration in a move that could save the club.

Truro City chairman Chris Webb announced the plan to file for administration on Friday in a bid to secure the club's future. 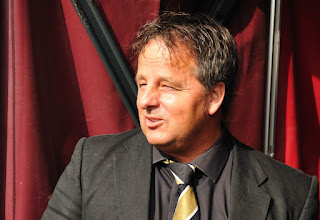 Mr Webb said he believed the move would head off the winding-up order from Her Majesty's Revenue and Customs heard and adjourned in the High Court this morning.

James Moore, of Walker Morris, has formally submitted the administration application to the High Court.

If the winding-up order had gone ahead the club could have folded. The administration application means that the club will be docked ten points but will still be able to play.

However, there is continued uncertainty over the short-term financial future of the club with money needed for player's wages and travel costs.

Mr Webb said: "The application for administration follows this morning's proceedings in the High Court, when a winding-up order against the club, brought by Her Majesty's Revenue and Customs, was adjourned until September 17.

Miles Davis, This is Cornwall.