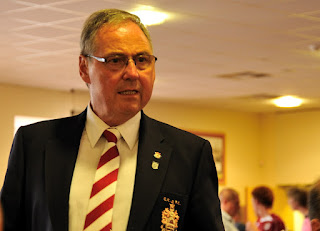 Clarets fans, and those of the visiting Tanners, will have the opportunity to make a financial contribution on the day in solidarity with a club at the same level who have found life difficult in recent months. Wallace said: “We’ve been in a similar position ourselves and it’s very unpleasant not knowing whether the club you love will survive from day-to-day.”

“We’ll be shaking buckets around the ground this Saturday so anyone who would like to make a small donation can do so. It’s not the fault of the Truro supporters that their club is in turmoil and our own fans at Chelmsford have recollections of that same scenario in decades gone by. Now is the time for all non-league football to stick together.”
In addition to the above published on Friday 21st Sept, Mansell appeared on the Non League Show this morning and appealed to all non league clubs to make an effort to support Truro City.  A very commendable £300 was raised at the Chelmsford v Leatherhead game yesterday.
Posted by trurofans at 14:50