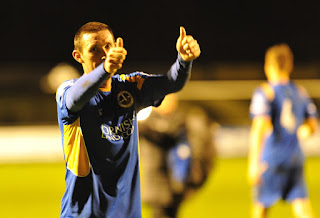 City have been under embargo for much of the year due to financial troubles.

The club avoided expulsion form the Football Conference after businessmen Pete Masters and Phil Perryman put in a bid to buy the club.

"It's not a short-term thing, it might drag on for a few more weeks while we're still sorting everything out," Hodges told BBC Radio Cornwall.

"Two or three of the players are still querying on everything and asking how can we move forward as a group.

“We're getting paid this weekend, we're all fine with it, we're all happy with the way everything's being sorted out”


"My aim's to try to still keep them on board and stay, and eventually, be allowed to add to them."

Hodges still has a threadbare squad and was only able to name two substitutes in Tuesday's loss at Staines Town.

Truro are still in administration, but Masters and Perryman are hopeful of concluding a deal to buy the club and take in out of administration by the year.

"We're all being very positive and pushing in the right direction for that feel good factor," added Hodges.

"We're getting paid this weekend, we're all fine with it, we're all happy with the way everything's being sorted out.

"Pete and Phil are working very hard behind the scenes trying to get everything right.

"There's a lot of fans at the club trying to help out and doing as much as they can, it's great and there's a really good feel good factor at the moment."
Posted by trurofans at 08:57