All is quiet on the Truro front

All is very quiet at Treyew Road. With D-day fast approaching, there still seems no light at the end of the tunnel. Being a half full person instead of half empty, it's becoming increasingly difficult to stay positive.
For the low amount that the debt is highlighted now, it seems strange that the money men or business people of the town, have not gathered together to save this wonderful club. The saying of 'you never know what you have until you have lost it' springs to mind. By all accounts, the debt could be lowered further and paid over three years.
Contrary to some, there is untapped finances that could go towards helping the club in the future. The bar has now been taken back by the fans. All monies before this went elsewhere but now enter the clubs pot. The food bar has been spoken about by fans, especially those that remember when you could buy a hot pastie and tea for a couple of quid from the tea hut. More funds to go into the clubs pot. Help by the fans with the clubs match day programme. Again, more avenues for money into the pot. Merchandise being sold at the ground.This was being set up for this season by the clubs faithful fans but was scuppered by the old regime. An avenue again that was discarded by the old regime over the last few years. Supporters using the clubs bar. Again, this was stopped by the previous owner but is a wealth of income for any club. Need we go on? It saddens me to read comments by some, that we are a Conference club with Western finances. This is for no other reason than that of the past regimes attitude towards the clubs fans and dictatorship of being involved in all things that make money. It also saddens me to read some comments regarding the players wages. Really, is it the right time to publish this? In fact, the comments made are wrong as the most loyal players you can find are actually in the bottom few clubs in the conference of pay. These players have not just been through difficult times of late with non payments but have been subjected to this for a fair amount of time now. Yet they are still here. Like us fans, they wish for the club to survive.
There is no need for an official website to be overseen by an overpaid I.T. consultant. Just look at this site. Tap into the wealth of knowledge and love of any fan. Use us like we wish to contribute towards this great club. Another avenue that was rejected by the previous regime.
Sponsorship, fund raising nights, etc can be looked at moving forward but please, I urge all local business owners, save this wonderful club. You won't regret it. 123 years history. Let's keep that going for generations to enjoy like we have and do. 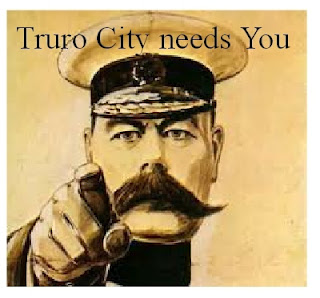