Where exactly is the pain, lino?

The Bashley match was halted for ten minutes when the linesman pulled up with a thigh strain.  The moment initially was humorous but when no official replacement was available, a Bashley fan took the line for the remainder of the half.  Deba Sidhu had to officiate the line in the second half.  Both managers were incensed. 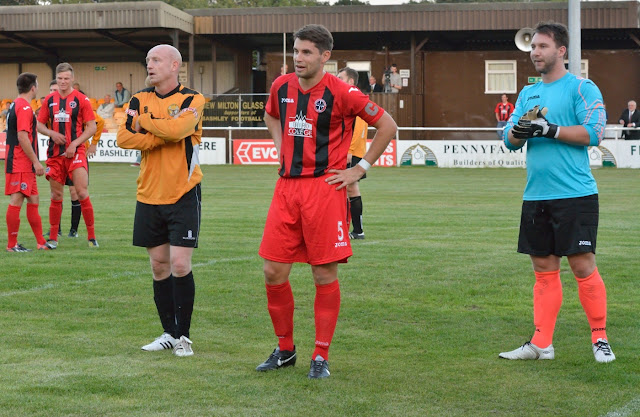