City fail to meet the 10am deadline

Striker Andy Watkins was interviewed today by the BBC and reports that the Club have failed to meet the deadline of 10am to pay the players. 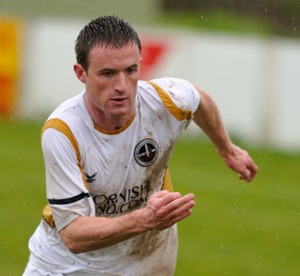 On Thursday last week while training at Tregye, Truro, the players promised to quit if their wages were not in their bank accounts by 10am today.

"We have heard nothing from the club. It looks as though that will be it for me," Watkins told BBC Radio Cornwall.

"We said, as of today, we would leave if we didn't get the money we are owed."

Watto said afterwards on his Twitter account, "I don't want to leave City - but it looks as if I must".

Needless to say, no information has been forthcoming from the Club in what seems to be a normal stance of sticking one's head in the sand.  The players are still of course, under contract and the Club is presumably holding out until next Friday when a decision either way will have to be made.