Third and final set of images from the game below. 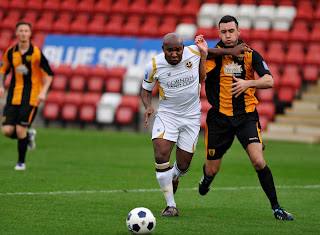 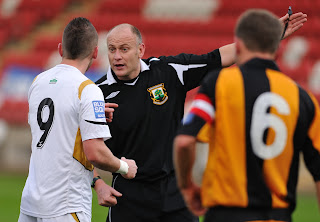 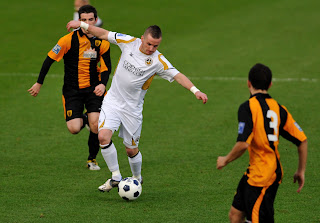 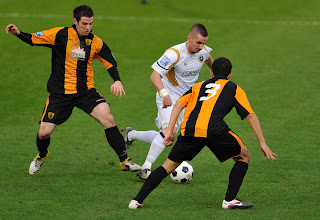 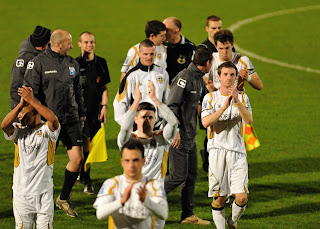 First Half I felt was very even with very few clear cut chances for both sides.

Sandercombe, although a good shot stopper, still acts a bit like dracula at times - not liking crosses !
Felt we could have given a goal away a couple of times in the firtst half because of this.

As we went in to the second half much the same - then Gloucester scored and I could not see us pulling it back to be honest, because we never really threatened their keeper .

Played a lot of nice football around the box, and across the field, but felt Andy Watkins was playing too deep to be really effective in front of goal, with very few chances.

Hayles and Yetton, the other strikers, worked hard, but were uncomprisingly dealt with ( especially Hayles ! ).

I felt the turning point came when Dan Smith came on, he made a great difference.

More direct attacking play led to more chances and the well deserved goal finally came - 40 or 50 of us Truro fans going berserk in the stand urged the team on as we smelt the victory was in our grasp.

Defence played fairly solidly all the game and Gloucester blew a lot of shots wide - how they scored seven against us last month I will never know !

The other sub, Ed Palmer, played well when he came on - pushing forrward at every opportunity as the team strived for the eqalizer / winner.

Les had one of his quieter matches - just could not get going, and when he did manage to break free of the defence, he did not seem to have the confidence to have a crack himself at goal.

The Truro support was again superb, and must have lifted the side - only a few but boy did they raise the roof !

On reflection, then, a draw probably a fair result, although I felt we could have nicked it near the end .

On to the replay and an interesting match in progress at Treyew on Tuesday.
Posted by trurofans at 19:36