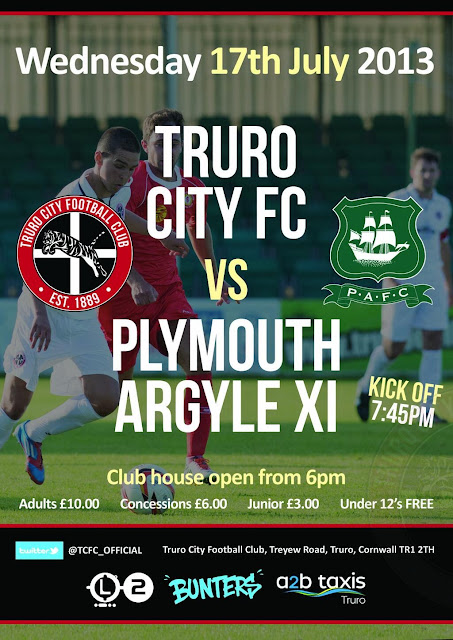 It will be City's second pre-season outing after their promising performance in losing 2-1 to Crewe Alexandra and new manager Steve Massey is looking forward to the game.

"It should be a good run out for us and I intend giving the players such longer game time," he said.

Against Crewe Massey fielded two completely different teams in each half.

City trained at Marjons in Plymouth last night and Massey said: "Many people have spoken to me since the Crewe game and said about how well we performed.

"Yes we did, and it's always nice to hear compliments about the way we played and players’ performances.”

"However, with every young gathering of some of the best football talent in the region, there comes a warning that it will need time to settle into playing at Southern League level.

"This is a very young and inexperienced team at this level and will require time to bond and grow together as a team and individually.

"This is where you [the supporters] play your part. We will have a team here once again winning promotions and trophies.

"That is our aim. The youngsters are going to need all the support, encouragement and backing you can give, but believe me between us we will reach our goal.

"Keep the faith, keep the belief and remember, it's not all about winning, it’s all about wanting to win.”

City will know their fixtures tomorrow (Wed 17th July) when the Southern League release the list of games.