Truro City 1 Maidenhead Utd 2
Despite a much improved performance, Truro City slumped to their fourth successive Blue Square Bet South defeat when they conceded a goal two minutes from time at Treyew Road on Saturday. 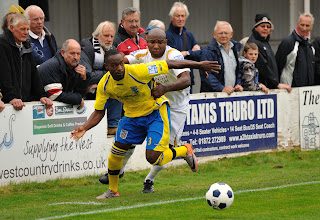 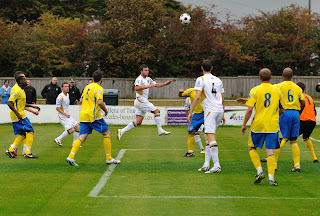 The game looked to be heading for a 1-1 draw when the visitors broke from a City corner after Les Afful missed his tackle and with the home defence stretched, substitute  Anthony Thomas finished well shooting under a possibly unsighted Tim Sandercombe in the home goal to give the Berkshire side  all three points. 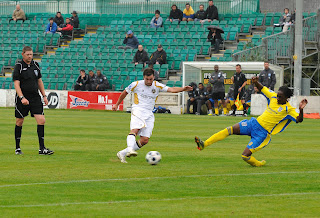 There was no way back for City  who had battled well to come back to level the scores after conceding a goal at the start of the second half when Martel Powell scored with a well placed shot into the far corner.
The White Tigers piled on the pressure and were rewarded after 65 minutes when Barry Hayles followed up to score his first goal of the season after Scott Walker's free-kick had comed back off the post.
Truro then seemed set to go on and win the game and the visiors' goal had several narrow escapes as Truro piled on the pressure. 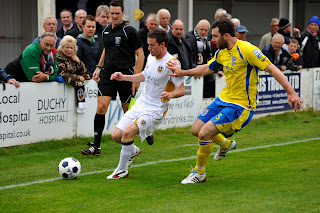 Email ThisBlogThis!Share to TwitterShare to FacebookShare to Pinterest
Labels: Maidenhead