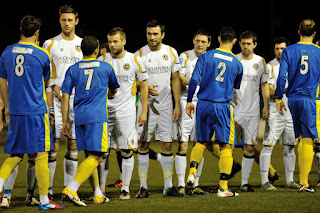 CITY suffered their second away Blue Square Bet South defeat in the space of four days as they went down to a rather unfortunate defeat at the Camrose Ground on Tuesday evening. 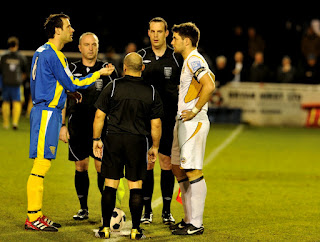 But the visitors, who gave a debut to former player and new signing, the much travelled Martin Gritton, could take plenty of positives from the match.

Trailing 2-0 at half time to an early Jake Ash own goal and a header just before the break by Delano Sam-Yorke City looked down and out.

But they staged a stirring second half fightback with Stewart Yetton pulling a goal back on the hour with a powerful shot.

City pressed hard for an equaliser and came close at the death when top scorer Scott Walker hit the post with a free-kick but the goal just would not come.

Truro City now face a massive match at home to bottom club Thurrock on Saturday as they desperately look for the six points they will probably need to be sure of avoiding the drop.

They are still seven points clear of the relegation places and will be hoping that Andy Watkins (illness) and Isaac Vassell (injury) will be available.