The TISA boys were due to play a Salisbury supporters side today but sadly they pulled out for one reason or another.  Anyway, we had a bit of fun playing six-a-side and even had some support from Kevin, Webby, the wives and Hayden Jose! Can't be bad. 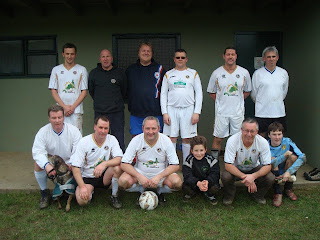