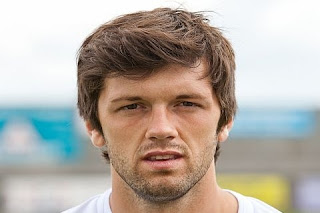 Kelly, 23, hails from Exeter and played for Tiverton Town, Winchester City and Bashley before signing for the Whites in 2010.
Whilst at the Raymond McEnhill Stadium, Kelly made seventy-seven appearances, scoring fourteen times in all competitions.  By all accounts, including many fans who follow him on Twitter, Adam comes with excellemt credentials as a wide right midfielder. 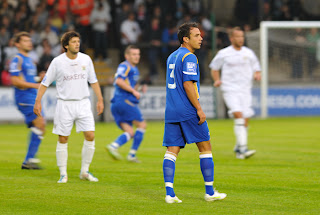 New Truro City signing Adam Kelly could now make his Tigers' debut against his former club Salisbury on Saturday week after City's Blue Square Bet South game at Basingstoke tomorrow was called off because of a frozen pitch.

City have signed the winger on a non contract week to week basis as the club are still under a transfer embargo which they hope will be lifted soon.

And City boss Lee Hodges said he was delighted to have secured the services of Kelly to boost his depleted squad.

He said: "He is the sort of player we have been crying out for and I am really pleased to have signed him.
"It is not a stop-gap-signing and hopefully we can keep him here on a long term basis.
"He is a very busy and exciting player who likes to get at people and will be a good addition to our squad."

Truro Fans welcomes Adam and we look forward to meeting him.