Sutton United 2 Truro City 2
Cody Cook scored a cool brace last night, away to top outfit Sutton United.
In a game which many considered impossible to gain anything, Cody twice took the lead with syle. 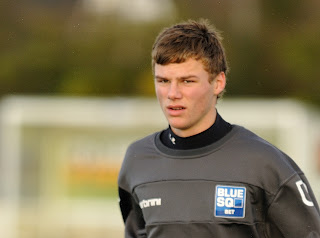 The south London side beat us at home with ease and many considered them the best team to visit Treyew Road this season.  Perhaps arrogance, complacency or over-confidence let them down last night?
More likely, though, is the never-say-die attitude that Lee Hodges has instilled into this depleted side.  We have witnessed some incredible games this season.  Given that we travelled with just 12 available men, it's the last game before Christmas, a 600 mile round trip on a damp Tuesday night....etc etc. But the fifteen or so intrepid TISA supporters last night witnessed what surely must be one of the best performances this year?﻿ 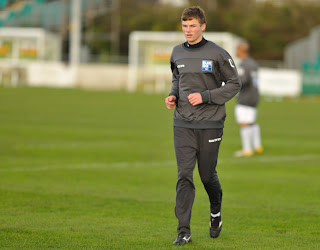 And for Cody, his brace will be just reward for his perserverance and a welcome early Christmas present.  For sure, he's Cook-ing on gas at the moment.
And the song for Boxing Day?
There's only one Cody Cook?
Singing a song
Walking along,
Playing in a Cody Wonderland.
Posted by trurofans at 09:26