The image below has been sent to us from ex-pat Paul Skinner from Cyprus. The photo was taken in a small tavern in Kathikas is a small village between Paphos and Polis.  Interestingly it only has a few scarves but among them were Gosport Borough and west country teams including Swindon, Rovers, Bristol City, and lus a few other major clubs.  And of course Truro City. It would be interesting to know who put them there? 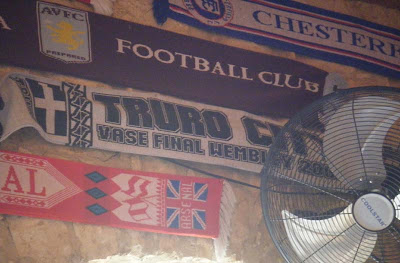