For Truro City players, supporters and followers everywhere it’s been a wonderful and unforgettable seven days. Three wins on the bounce, seven goals scored and performance levels of the highest standard. 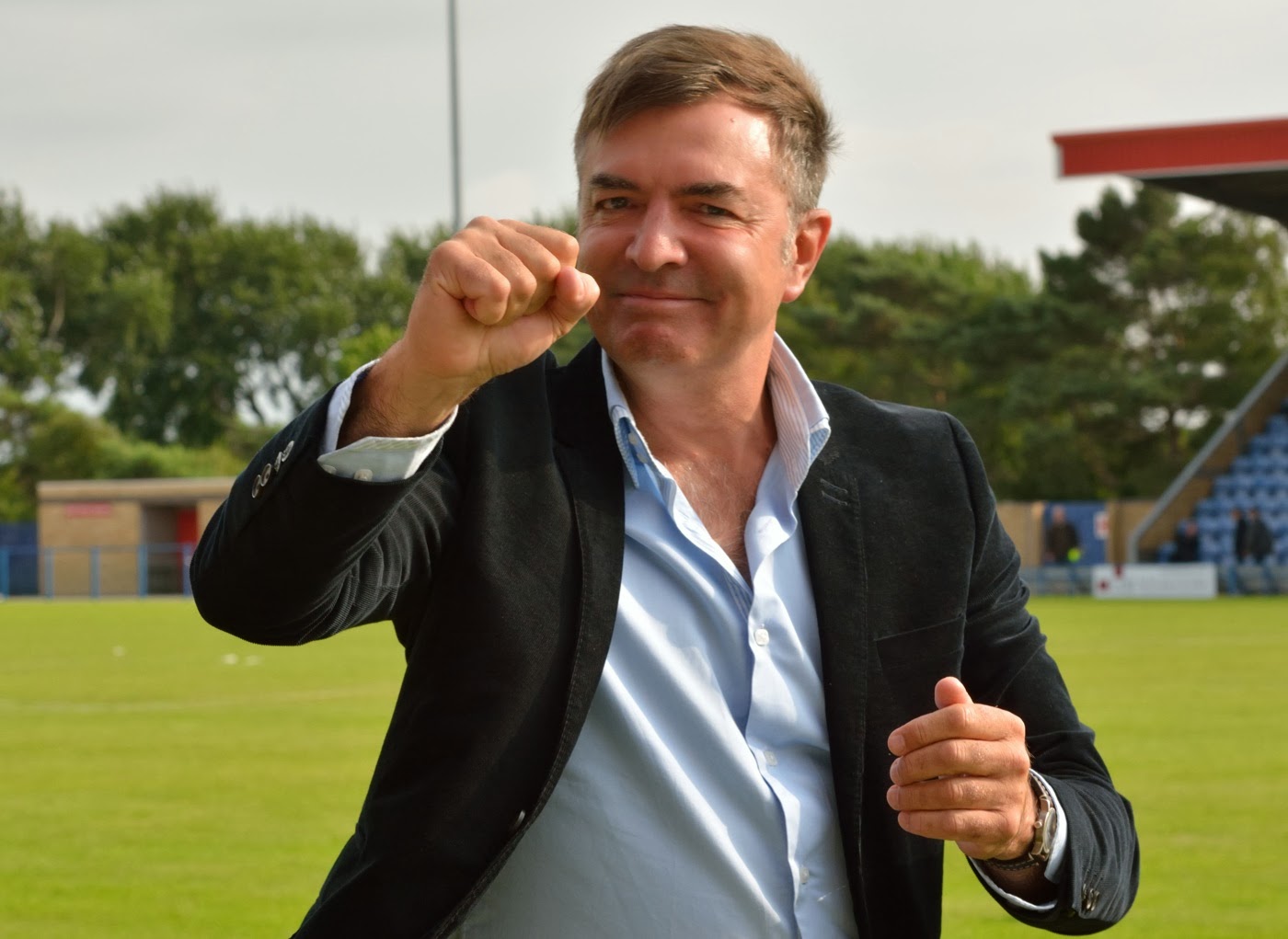 It seems such a long time ago, however, back to Friday 21 February… It was the evening before our home game against Arlesey and I had sent the players and management a text asking them, with 15 games left in the season, stand tall, be brave, confident and, above all else, have the belief in themselves and each other to turn their strong performances into as many wins as possible. I challenged them to achieve 11th position or better by the end of the season.

A tall order, but I know my players. I know what they are capable of. We in the management team have believed in this group of talented footballers for some time. The season’s results at that point had certainly not done justice to their abilities. Indeed, I strongly believed our league position did not reflect how well they had been playing. It was high time to turn the tables!

A strong and confident display against Arlesey from everyone on that Saturday meant the target of 11th place had got off to a great start, with a fully deserved victory. Next up was a tough trip and game on the Tuesday to Burnham. The Spirit was unfortunately on the treatment table (garage!) once again, and so the lads made the close to 500 mile, 9-hour round trip on a less comfortable and less suitable replacement bus.

The long trip and lack of Spirit comforts may have affected the performance for the first 30 minutes, as we tried to get a grip of the game. However, after going a goal down during that period, the lads showed tremendous character; they came back and claimed another win on the road. With confidence high, the lads buzzing and two wins on the trot, it didn’t seem to matter about no card tables, no toilets or a lack of decent legroom for the long journey home. We had won again!

Last Saturday saw another long away day journey up to Hertfordshire on yet another replacement bus. The 7am start from Cornwall didn’t seem to affect the positive atmosphere and banter on the coach, though. The lads were clearly looking forward to righting the heavy defeat inflicted on us by St Albans back in October when they came to Cornwall and beat us 7-3! It hurt deeply, and was embarrassing. However, four months on, we have deservedly beaten them on their own patch in front of their fans. If that’s not progression then I don’t know what is!

On the journey up to St Albans the air of confidence and self-belief from the players was noticeably stronger than in previous weeks. It’s amazing what a couple of wins can do for morale. This was a huge factor in deciding the team line-up. Glynn, Kirky and I had spoken at length about tactics and our game plan. We had agreed that, although the team had played really well and won with 4-4-2, we would be a little more contained and play 4-5-1. Sat on the coach and listening to the confidence from the lads, though, I decided to stay with 4-4-2. We would go at them right from the kick off.

And so it proved. The team played superbly, never letting St Albans settle. We controlled and dominated the first half. We could have and should have been 3-0 inside 20 mins. However, by full-time the score was a resounding reflection of the ability and staying power of the Truro team during both halves.

I received so many text messages and calls after the game against St Albans from supporters who not only witnessed the superb win, but who said it was one of the finest performances they had seen for many years. On that note, there seems to be a misconception that my comments about ‘doom and gloom’ merchants inside the club were somehow aimed at our supporters. This was certainly not the case. The fans and followers of Truro City are without doubt the best around, and the support at St Albans was magnificent.

Whatever happens for the rest of this season, we truly do have the foundations of a very good football team now. We must continue to develop and build on this group of talented players, and the work for next season’s success must start now. I hope, along with Glynn and Kirky, that we are able to keep these players together and that we can start to plan for the promotion campaign back into the Conference.