A brave fightback by ten man City was not enough to save them from a second successive defeat after making the long trip to Northamptonshire in one of the few Calor League premier division games that went ahead. 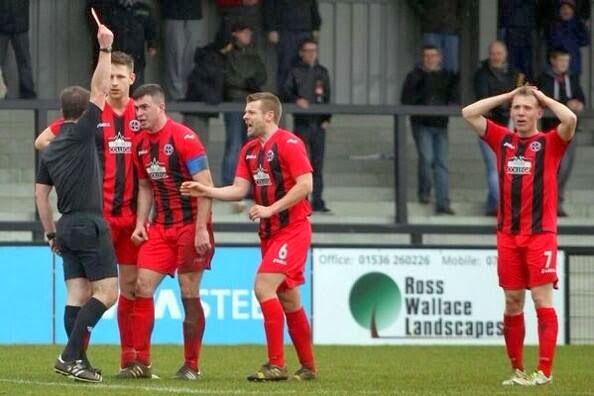 Referee Marc Perry's decision infuriated the visitors, who were then left with a mountain to climb.

It was tough on City, who had started the game well in the wind and rain, with Ben Watson forcing some fine saves by Paul Williams in the home goal.

And it got even worse two minutes later when Aman Verma converted a cross from Hoban.

To their credit, City came back well after the break with Watson pulling a goal back just before the hour mark after hesitation in the home defence.

But the Steelmen restored their two goal lead after 67 minutes when Verma grabbed his second of the afternoon and City boss Steve Massey was then sent to stands after protesting about a decision.

However, City refused to give up and six minutes from time Shane White gave his side some hope with his first goal of the season, but they just could not find an equaliser.

They will now be hoping for better luck at home to Weymouth on Tuesday evening (7.45pm).