Source: This is Cornwall

LEE Hodges is hoping to be able to announce the bulk of his squad for the new season at the start of next week after confirmation that the players have been paid the money owed to them. 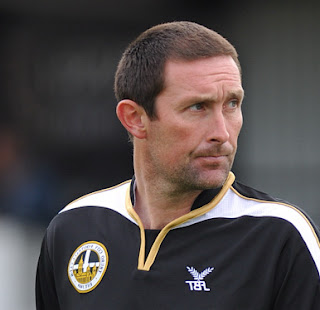 City's boss has called a players' meeting at Treyew Road this evening to discuss next season and find out who intends to stay and who will be moving on.

Only right back Barry McConnell of last season's squad who finished 14th in their first season in Blue Square South has definitely departed after not being offered a new contract at the end of last season.

It is understood a number of players have verbally committed to staying and now that their wages have finally been paid it is expected they will put pen to paper.

However, there could be some departures with several players attracting attention from other clubs, with newly-promoted Woking thought to have expressed an interest in striker Andy Watkins.

But hopefully the bulk of the squad will remain at Treyew Road and there are also certain to be additions as Hodges attempts to consolidate City at this level – just two below the Football League.

Striker Stewart Yetton has already indicated via Twitter that he intends to stay and will hopefully make his 300th appearance when the new season starts on August 18.

City fans will not have long to wait to plan their season as the fixtures are released on Monday.
Posted by trurofans at 18:11