Aaron Pugh was voted Supporter's Player of the Year for 2010/11 Season.  Aaron was also voted Man of the Match for the Salisbury City game where we beat them 6 - 0 and it was this game which gave us the platform to win the League. Not only is he exceptional in the air but his strong tackling as a defender rightly saw the annual award go to Aaron. 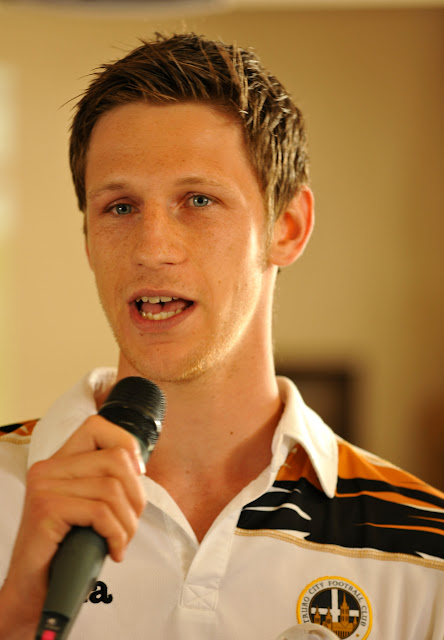